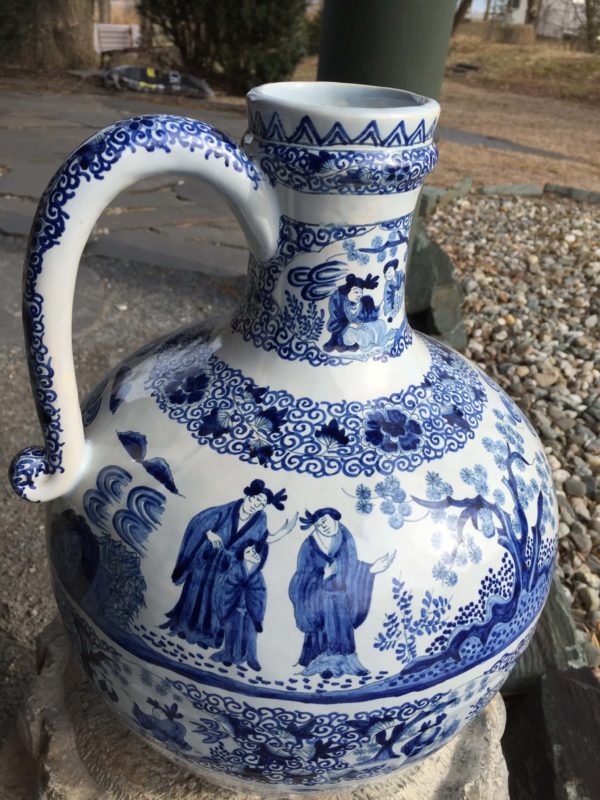 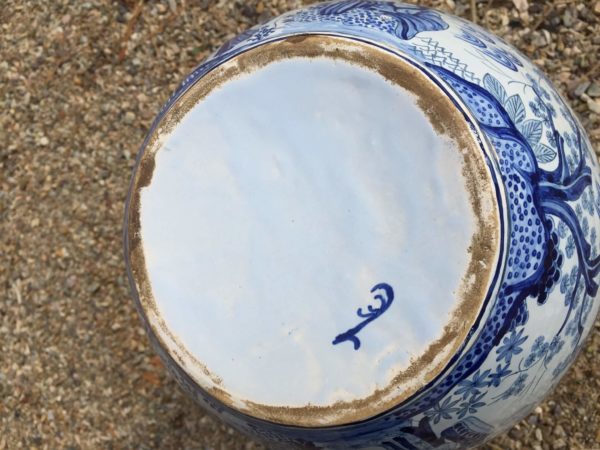 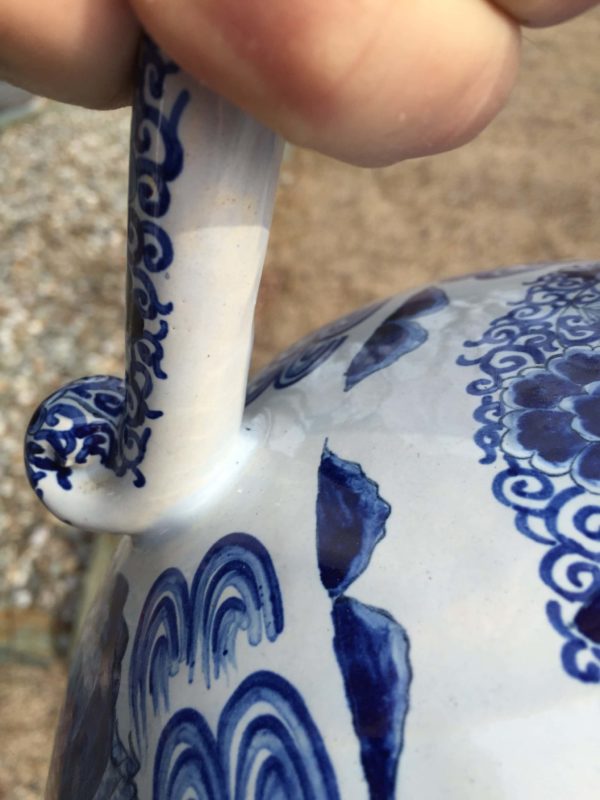 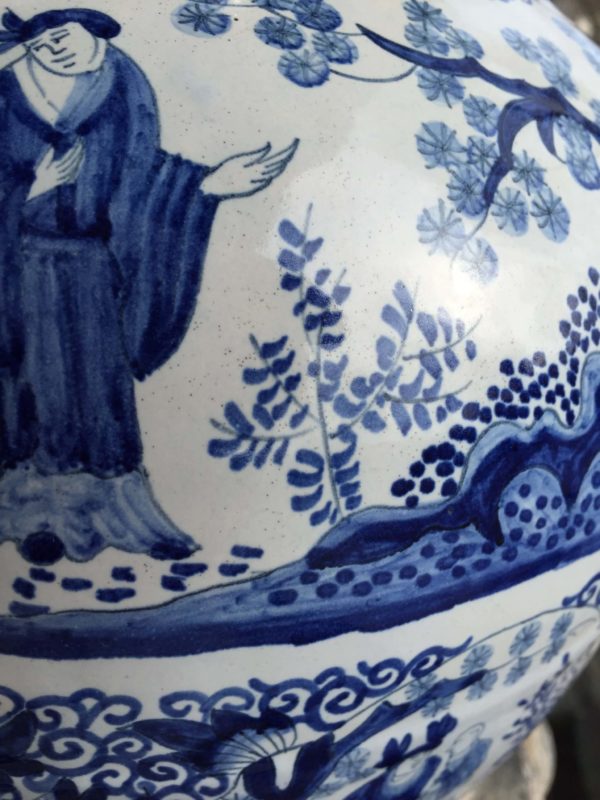 History: Chinoiserie is the European interpretation and imitation of Chinese and East Asian artistic traditions, especially motifs in the decorative arts, architecture, and garden design of the 17th-18th centuries.
The earliest tin-glazed Dutch pottery was made in Antwerp about 1500 though much of the finer work was produced in delft. From 1640–1740 delft potters began using personal monograms and distinctive factory marks. In 1654 a gunpowder explosion in delft destroyed many breweries
and as the brewing industry was in decline, they became available to pottery makers looking for larger premises; some retained the old brewery names, e.g. The Double Tankard, The Young Moors’ Head, and The Three Bells. From about 1615, the potters began to coat their pots completely in
white tin glaze instead of covering only the painting surface and coating the rest with clear ceramic glaze. They then began to cover the tin-glaze with clear glaze, which gave depth to the fired surface and smoothness to cobalt blues, ultimately creating a good resemblance to porcelain. During the
Dutch Golden Age, the Dutch East India Company had a lively trade with the East and imported millions of pieces of Chinese porcelain in the early 17th century. The Chinese workmanship and attention to detail impressed many. Only the richest could afford the early imports. Dutch potters began to imitate Chinese porcelains after the death of the Wanli Emperor in 1620, when the supply to Europe was interrupted and delftware inspired by Chinese originals persisted from about 1630 to the mid-18th century.

Schneible Fine Arts has been dealing in authentic European, Chinese, Japanese antiquities and fine art, garden ornaments, lanterns and water basins for 25 years. Mr. Schneible personally travels to China, Japan and Europe each year to meet his network partners who assist him in finding best examples. He personally inspects each antique work of art to ensure its old age, authenticity, and quality condition. After accumulating a group, they are imported to Vermont and Maine in large containers. This method keeps shipping costs low and enables us to offer them to you at reasonable prices. We carefully pack and ship to clients all-over the USA and at reasonable shipping costs.

Lifetime guarantee of authenticity: All of our Asian works of art come with our “Lifetime Authenticity Guarantee.” 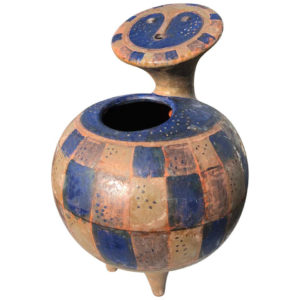 Bold Master Work “Bullet Man” Hand Made and Hand Glazed, Eva Fritz-Lindner
This is a fine and unusual handmade, hand-painted and hand glazed Mid-Century Modern ceramic anthropomorphic effigy of a round form known as “Bullet Man” by the now deceased master designer Eva Fritz-Lindner (1933-2017). It was designed about 1977 and working at the Karlsruhe Staatliche Majolika Manufaktur for some 50 years. It is a unique hand...
Eva Fritz-Lindner $1,500.00 Call Us 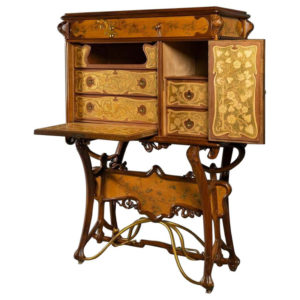 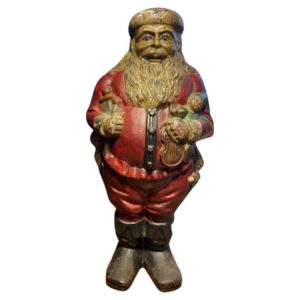 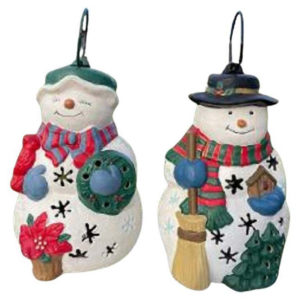