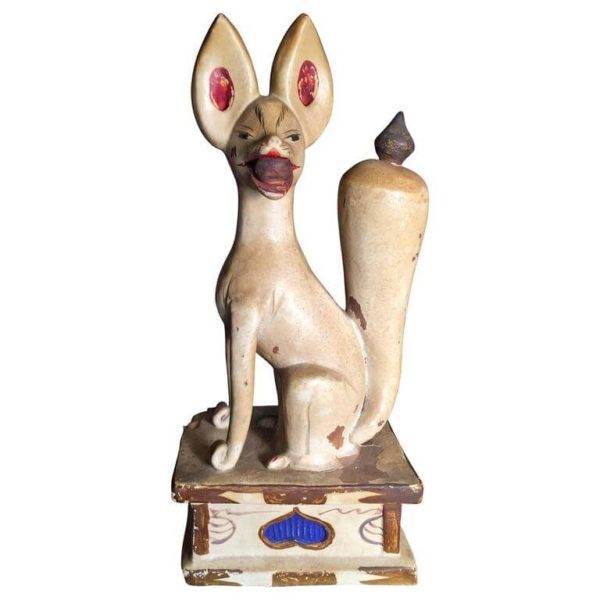 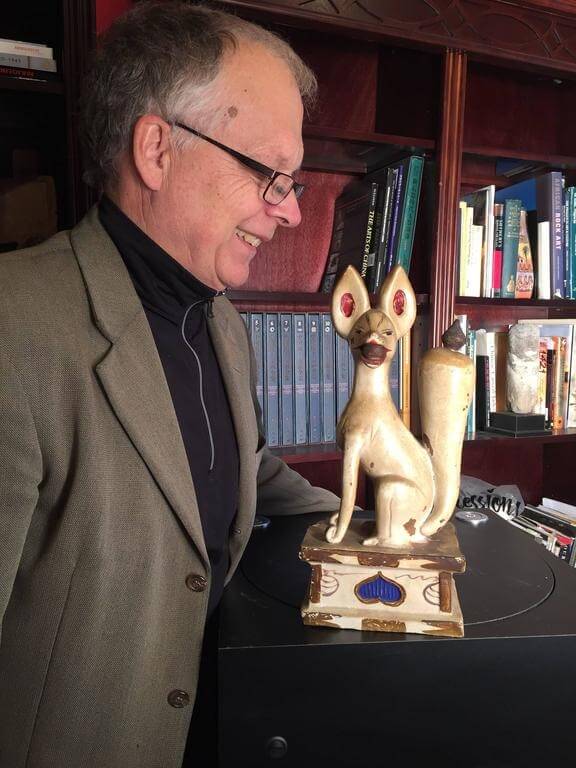 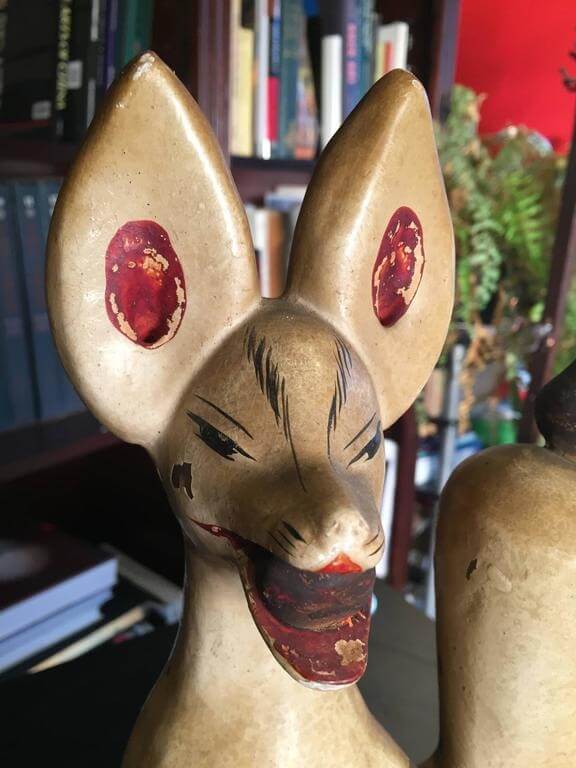 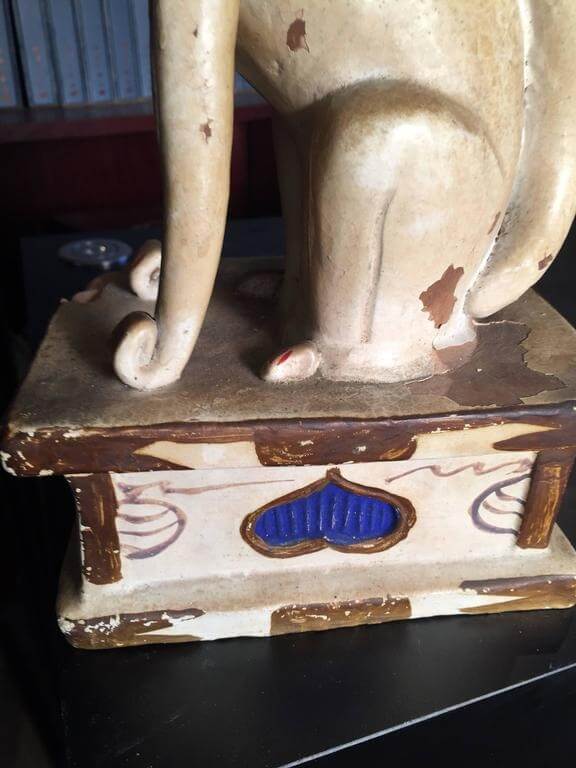 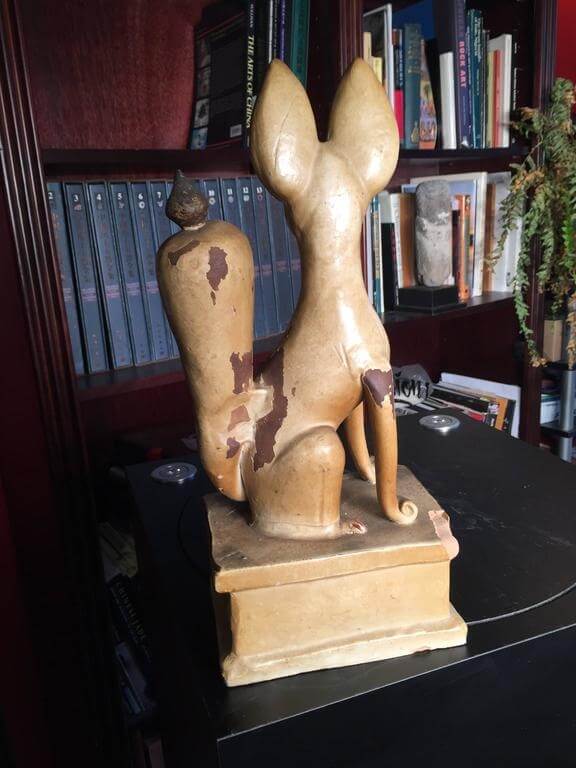 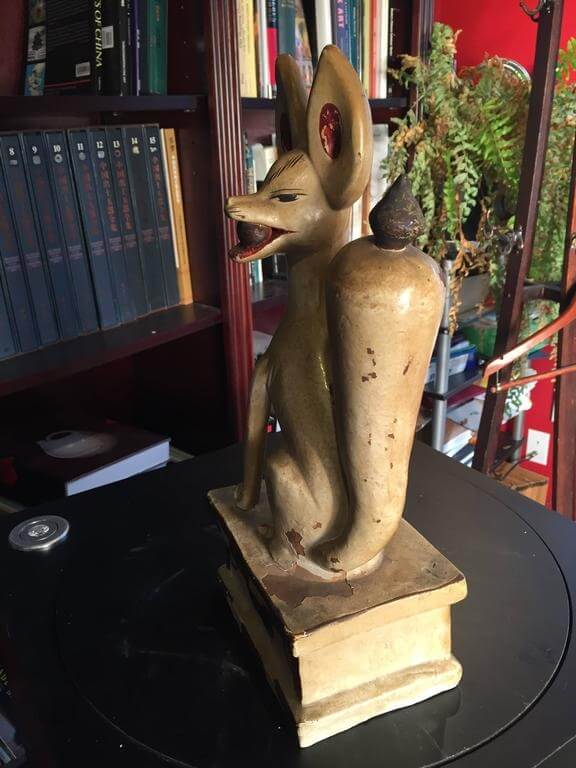 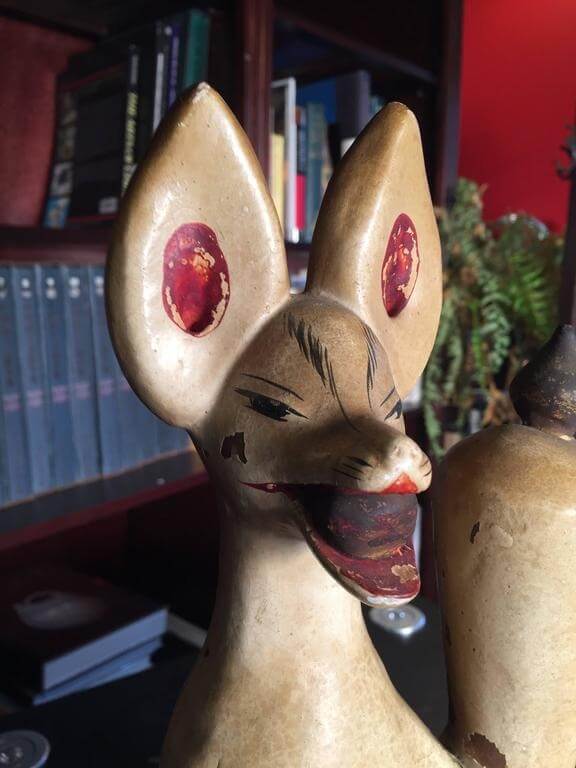 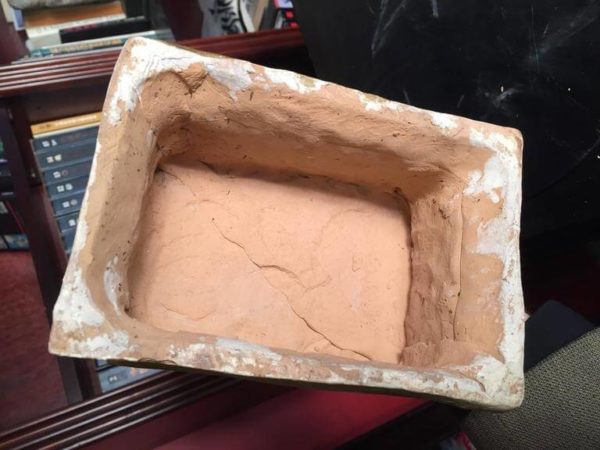 This is a shrine guardian in the form of Inari on pedestal decorated with over-glaze enamels. Inari, the magical fox each clutches a precious object in its mouth

History:
Kitsune (IPA: [kitsune] (listen)) is the Japanese word for fox. Foxes are a common subject of Japanese folklore; in English, kitsune refers to them in this context. Stories depict them as intelligent beings and as possessing magical abilities that increase with their age and wisdom. According to Yo¯kai folklore, all foxes have the ability to shape shift into men or women. While some folktales speak of kitsune employing this ability to trick others as foxes in folklore often do other stories portray them as faithful guardians, friends, lovers and wives.

Foxes and human beings lived close together in ancient Japan; this companionship gave rise to legends about the creatures. Kitsune have become closely associated with Inari, a Shinto kami or spirit and serve as its messengers. This role has reinforced the fox’s supernatural significance. The more tails a kitsune has they may have as many as nine the older, wiser and more powerful it is. Because of their potential power and influence, some people make offerings to them as to a deity. (Thank you to Wikipedia).