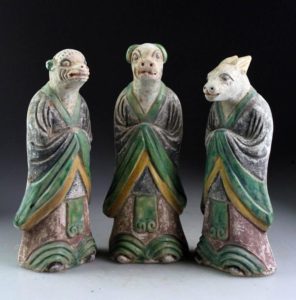 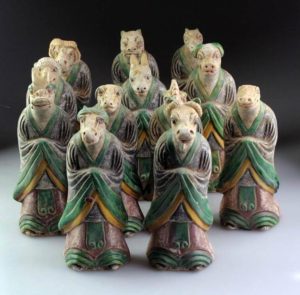 Important ancient Chinese complete collection of 12 animal head sculptures, representative of the 12 animals in the Chinese zodiac (“circle of little animals”). Ming dynasty (1368-1644),  9″ h., pottery, well preserved original handpainting and glazing. Included in this intriguing and charming collection is the Rooster, just in time for the upcoming Chinese New Year of the Fire Rooster, starting January 28, 2017!

Pottery zodiac figures were realistic in appearance in the early days, as seen in examples from the Northern dynasty (AD 386-581). Later, they became more stylized, and gradually transformed into a combination of animal and human features. Our set is very interesting in that the figures are extremely detailed and with outstanding original hand applied glazes and pigments. The zodiac figures were often placed in a north-south direction in coffin chambers to represent the progress of time. People hoped that such an arrangement would encourage the god to time to guard the tomb.
Condition: Superb, all figures are intact with finely preserved green and yellow glazes and original pigment that was originally applied by hand.
The statues each hold a different animal and are dressed in long gowns with long sleeves, their hands folded in front of their chests caressing one of the twelve celestial animals of the zodiac.
Twelve (12) Zodiacs are: rat, ox, tiger, rabbit, dragon, snake, horse, sheep, monkey, rooster, dog, and pig or boar. These correspond to the twelve earthly branches and are infrequently found in wealthy tombs of the elite and wealthy ancient Ming Chinese.
Provenance: Old European collection originally acquired in Hong Kong 1990s and legally imported into the USA.
Guarantee: Our figures are guaranteed to be crafted during the Ming dynasty (1368-1644). A thermoluminescence TL report sampling accurately confirms age of these sculptures from 500-600 years ago
History: The English word zodiac derives from zodiacus, the Latin form of the Ancient Greek zōidiakòs kýklos , meaning “circle of little animals”. Zōidion (ζῴδιον) is the diminutive of zōion (ζῷον, “animal”). The name reflects the prominence of animals among the twelve signs. Essentially, the twelve divisions or signs is a celestial system, or more specifically an ecliptic coordinate system, which takes the ecliptic as the origin of latitude , and the position of the Sun at vernal eqinox as the origin of longitude.
Share Post
Previous
Japan monumental Antique hand wrought iron Candle Holder Hoju for the Winter Holidays!
Next
Antique Edo period Stone Sculpture Jizo from old Japan

Anita and Douglas share the pleasure with their clients of matching great art with great clients, homes, offices, and gardens.

Other posts by Anita L Royer 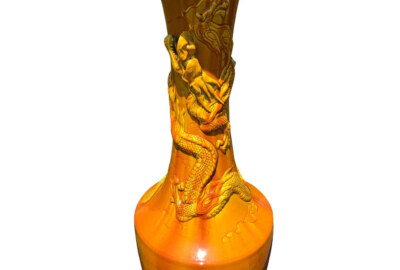 A fine 29″ tall antique monochrome amber yellow crackle glazed dragon vase with a dramatic and impressive “curling dragon” wrapped around its stem. Crafted by master artisans of the Japanese southern Awaji Kiln from the late Meiji to Taisho period (1910-1920). A stunning piece! 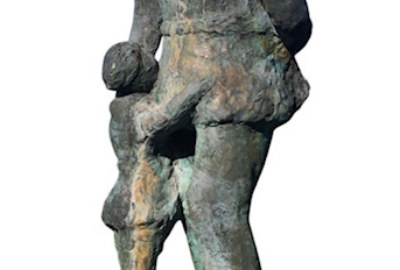 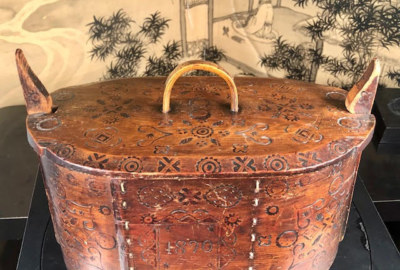 An all original work of art signed on side with date 1890 The craftsmanship and details are superb. Dimensions: 9.5 inches high and 13.5 inches wide and 8 inches deep Hand crafted and hand burned using pyrographic techniques. History of Norway’s Tine Bentwood Box: Bent wood boxes have a long and colorful history. Many different… 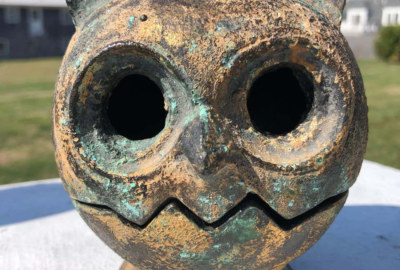 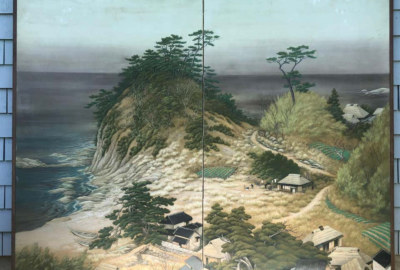