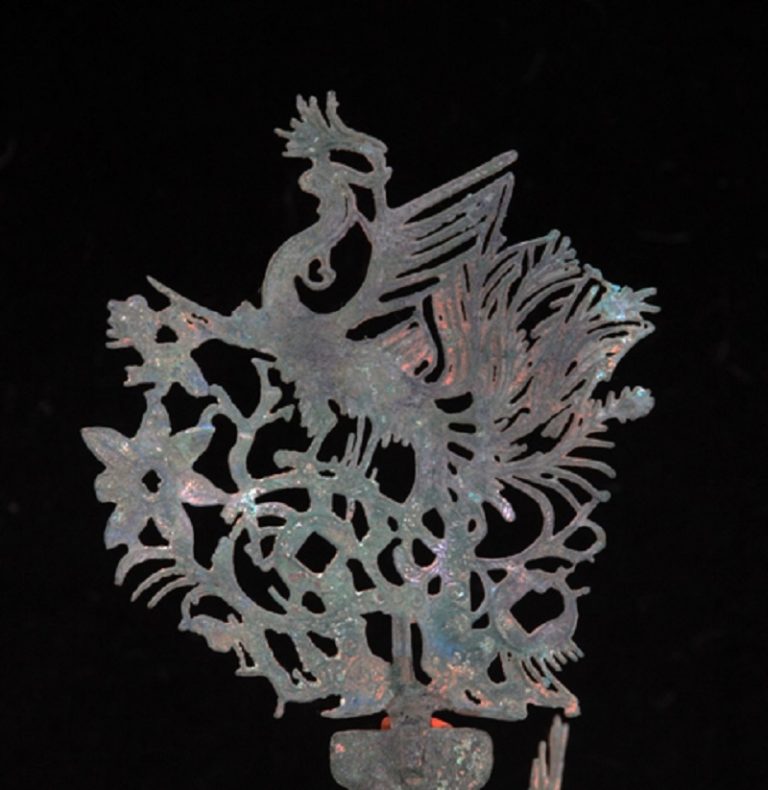 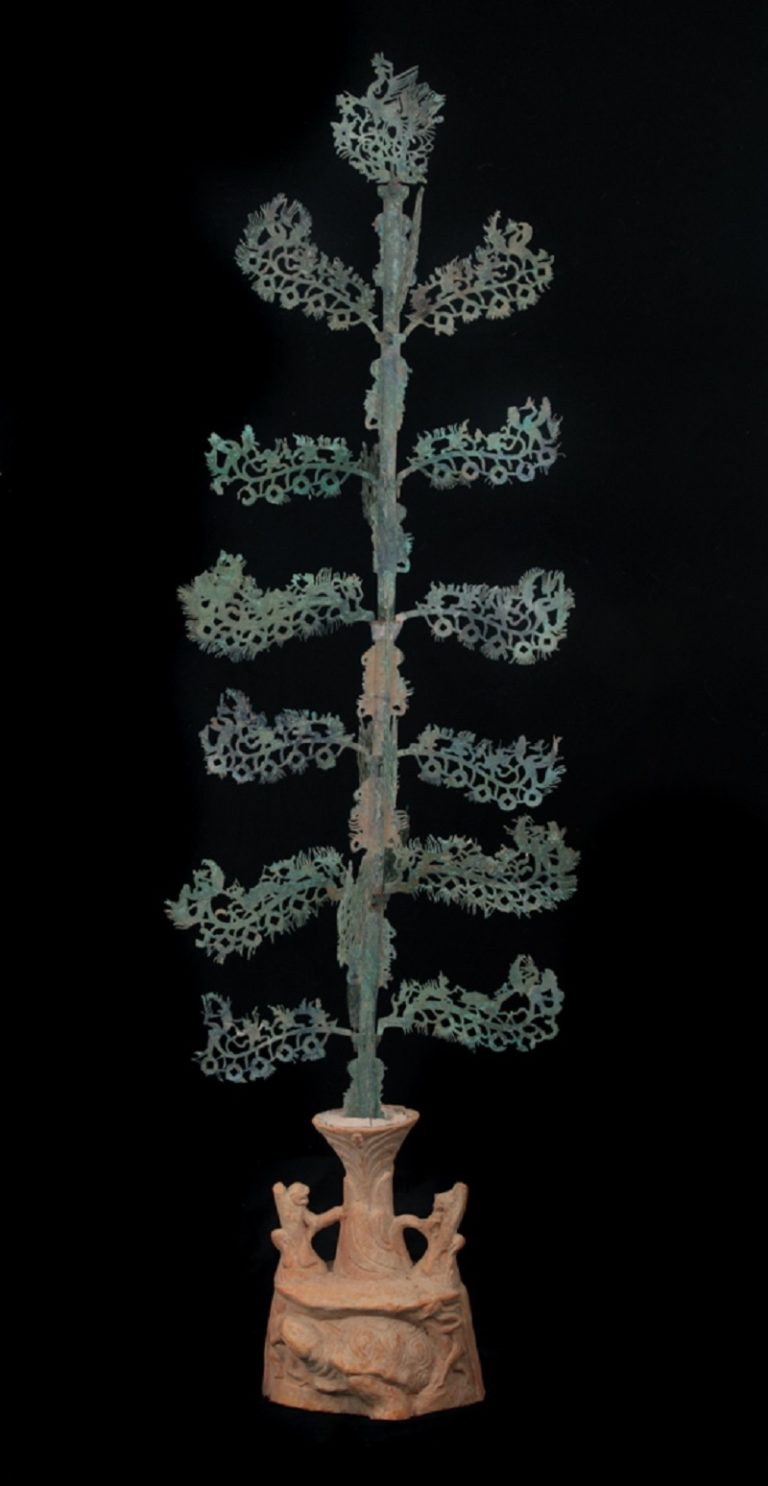 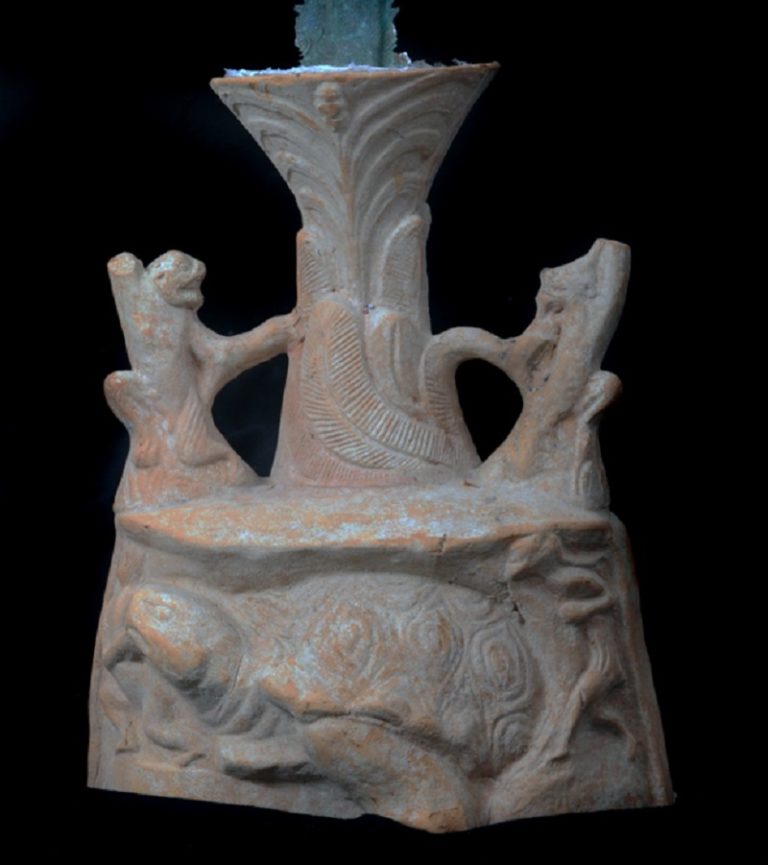 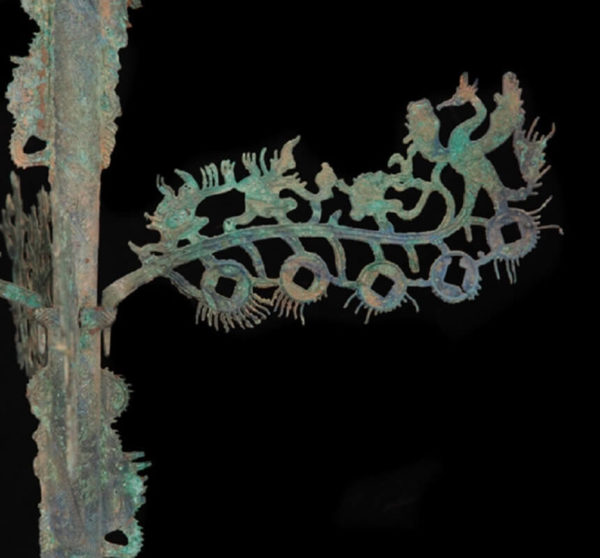 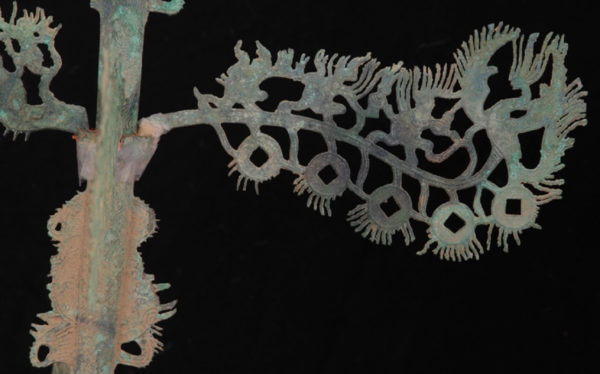 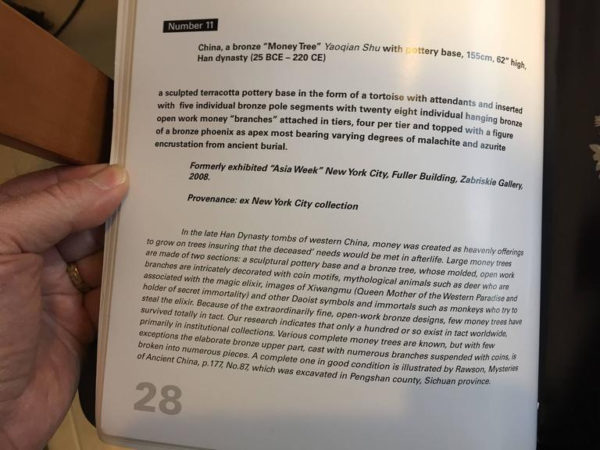 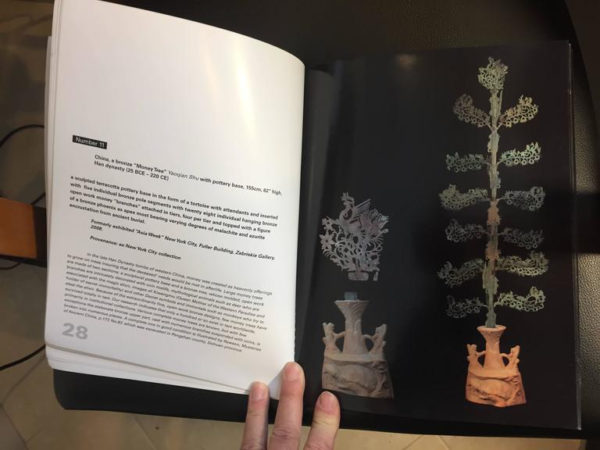 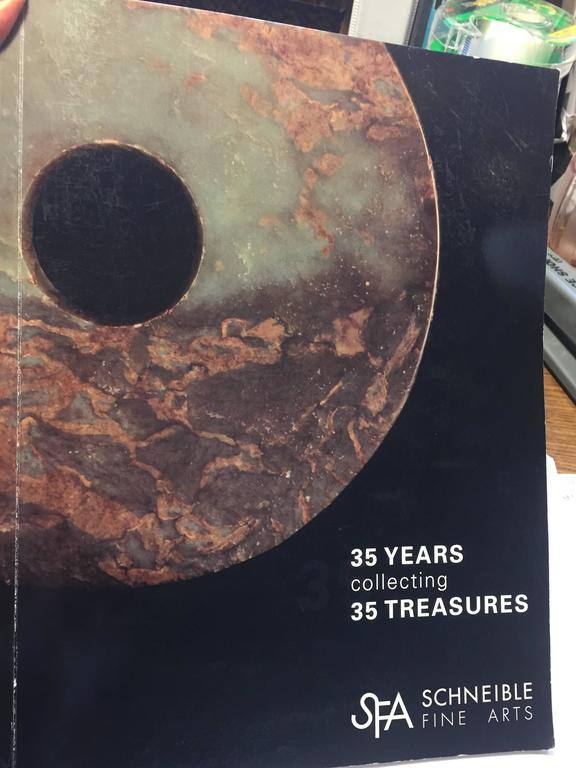 Eastern Han Dynasty (25 -220 CE),  Bronze “Money Tree” YAOQIAN SHU, Money for Heavenly After life , 60” in height.  Consisting of a sculpted pottery base, inserted with a segmented bronze pole and with twenty five hanging bronze open work money “branches” attached in tiers and mounted with a figure of a phoenix as apex.  Pottery base with TL certificate from Oxford. Overall fine quality.

History: In the late Han Dynasty tombs of western China, money was created as heavenly offerings and to grow on trees insuring that the deceased’ needs would be met in afterlife. Large money trees are made of two sections: a sculptural pottery base and a bronze tree, whose molded, open work branches are intricately decorated with coin motifs, mythological animals such as deer who are associated with the magic elixir, images of Xiwangmu (Queen Mother of the Western Paradise and holder of secret immortality) and other Daoist symbols and immortals such as monkeys who try to steal the elixir. Because of the extraordinarily fine, open-work bronze designs, few money trees have survived in tact. Our research indicates that only a hundred or so exist, primarily in institutional collections, and fewer still in near original condition that this example demonstrates. Various complete money trees (yaoqian shu) are known, but with few exceptions the elaborate bronze upper part, cast with numerous branches suspended with coins, is broken into numerous pieces. A complete one in good condition is illustrated by Rawson, Mysteries of Ancient China, p.177, No.87, which was excavated in Pengshan county, Sichuan province.  Provenance: old Chinese collection and originally found near Chengdu, Sichuan.

We have been dealing in authentic Japanese, Chinese, European, and Asian  Fine art, antiquities, garden ornaments, lanterns and water basins for 25 years. Our president personally travels to Japan, Europe and China each year to meet his network partners who assist him in finding best examples. He personally inspects each antique work of art to ensure its old age, authenticity and quality condition. After accumulating a group, they are imported to Vermont in large containers. This method keeps shipping costs low and enables us to offer them to you at reasonable prices. We ship internationally.